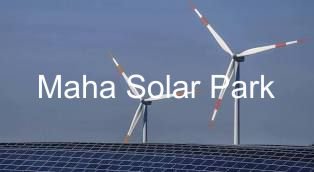 The ministry said that these Rules would enable simplified procedures for the open access, uniform banking, and voluntary purchase of RE power by C&I consumers.

New Delhi: The Ministry of Power on Monday notified the Green Open Access Rules 2022 in which it has reduced the open access transactions limit from 1 MW to 100 kW for green energy to enable small consumers to purchase renewable power through open access.

According to the official press release, green open access will be allowed to purchase green power on a voluntary basis, captive consumers will be eligible to take power under Green Open Access with no minimum limitation, and Discom consumers can now demand for supply of green power to them.

“Every consumer becomes a stakeholder to contribute in achieving India’s commitment of 500 GW of non-fossil fuel by 2030,” added the release.

The ministry said that these Rules would enable simplified procedures for the open access to green power, uniform banking, and voluntary purchase of RE power by commercial and industrial consumers.

According to Kushagra Nandan, co-founder and managing director, Sun Source Energy, the Rules are a shot in the arm for the green power demand in the C & I segment.

He said that the C&I segment accounts for about 50 per cent of electricity consumption in India and the demand for green energy from this segment, especially from open access projects, has been growing rapidly in the last few years.

“By lowering the threshold for open access from the existing 1 MW to 100KW, the government has opened up the door for this market to multiply multi-fold in the coming few years,” said Nandan.
He further added that notifying a central nodal agency for setting up and operating a single-window green energy open access system for renewable energy, is likely to lead to a simplified approval process and would open up the market in many more states.

To incentivize the consumers to go green, a cap will be put on increasing the cross-subsidy surcharge as well as the removal of additional surcharge.

Regarding the transparency in the approval process of the open access application, the ministry said that approval will be granted in 15 days or else it would be deemed to have been approved subject to fulfillment of technical requirements – it will be through a national portal.

On the tariff, the ministry added that it would be determined separately by the appropriate commission. It would consist of the average pooled power purchase cost of the renewable energy, cross-subsidy charges, and service charges covering the prudent cost of the distribution licensee for providing the green energy to the consumers.

It said that banking of surplus green energy with the distribution licensees mandated.
“There shall be a uniform renewable purchase obligation (RPO), on all obligated entities in the area of a distribution licensee. It will also include the green hydrogen and green ammonia for fulfillment of its RPO,” it added.

Consumers will be given the green certificates if they consume green power and cross-subsidy surcharge and additional surcharge will not be applicable if green energy is utilized for production of green hydrogen and green ammonia.

The ministry added that the Rules would help in streamlining the overall approval process for granting open access including timely approval, to improve predictability of cash flows for renewable power producers and will also bring Uniformity in the application procedure.